About the Edox Les Bemonts Watch 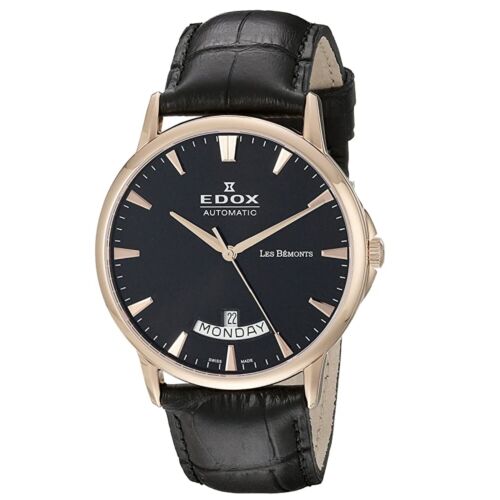 Edox Les Bemonts – history: Back in 2008, Edox released the Chronorally, a landmark chronograph that featured several innovative technical details specially tailored for rally car drivers. It offered the capability to measure and store up to twelve lap times digitally, using electro-mechanical components. This watch, with its large start/stop button, gained widespread recognition and remained a popular item in the Edox lineup. As part of the partnership between Edox and BMW, drivers will be wearing Chronorally watches in titanium, steel, and carbon. All Chronorally watches are handcrafted in Les Genevez, Switzerland.

EDOX has been manufacturing and distributing handcrafted Swiss-made watches since 1884. The company is headquartered in Genevez (canton of Jura, Switzerland) and employs skilled watchmakers along with modern equipment to maintain the traditional methods and skills of the well-known hourglass brand.

A distinguishing and strong feature of the Edox Les Bemonts and brand lies in the construction and quality of the components of the watches. From reinforced case backs to highly intricate cases to crown protection, Edox has perfected the art of combining aesthetic appeal and practicality.

Every single Edox Les Bemonts watch is equipped with a scratch-proof crystal formed from a polished piece of sapphire and a triple-layered anti-glare coating on the inner side to ensure maximum clarity. The 316L stainless steel alloy used for the cases and bracelets has high anti-magnetic features and is designed to be robust and resistant to corrosion. It is also a great selection for individuals who are sensitive to nickel.